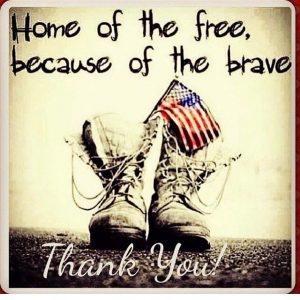 What are you telling your children today about Veterans Day? What do they understand about why there is a special day for veterans? How do you explain military service to your young children?

I have a feeling that people with no history of military background and no family members serving in the military may describe the Veteran’s Day holiday and military service using language very different from those of us with ties to the military. Am I right?

As a young boy, I remember stories told by my grandfather, a veteran of World War One. He was an ambulance driver. He would describe the places he visited but would get a faraway look in his eyes when I asked him to tell me what happened during a battle with the enemy. After a minute, he would shake his head, wipe tears from his eyes, and say, “Trench warfare wasn’t a pretty sight.”

My father was a bomber pilot in World War Two. He would show movies of bombing missions over Austria and Germany, describe what it was like being attacked by German fighters, and getting shot down four times.

Because my grandfather and father were in the military, I grew up respecting people servicing our country in all branches of military service. Over time, I developed a passion for flying jets in the Air Force, which I did for twenty years.

Here are some facts you can pass on to your children about Veteran’s Day. At 11:00 am on November 11, 1918, a truce, or armistice, was signed between the Allies and Germany, and the fighting during World War I came to an end. A year later, President Woodrow Wilson announced that November 11th would be called Armistice Day in the United States.

You can help your kids remember the date of Veteran’s Day by telling them that the World War I armistice was signed on the 11th hour of the 11th day of the 11th month in 1918.

Today, there are close to 18 million U.S. veterans, which represents less than 10% of the U.S. adult population. There are close to 450,000 World War II veterans and 1.6 million who served during the Korean War. There are 6.8 million veterans who served during the Vietnam War and 7.1 million who served in the Gulf Wars. Currently, 1.3 million me and women serve in our active-duty military, along with 800,000 reserve and 183,366 National Guard members.

I hope you enjoy your Veteran’s Day holiday. When you do see a veteran, thank them for their service. It means a lot to them!

Lastly, to all who have thanked me for my military service, let me say, “You’re quite welcome. It was my honor and privilege to serve my country, and without hesitation, I would do it all over again!”

The Value of Purpose, Mission, and Dreaming Big